Scott Jenkins, Tournament Chairman, of the Waste Management Phoenix Open recently announced that the tournament has every intention of hosting fans for the February 1 – 7, 2021 event. Although most of the hospitality tents and stands won’t be included, this is good news for the tournament and the entire valley. Because the situation can be fluid, it is not certain how many will be allowed and those details could change at anytime prior to the start of the event. However, the entire golf community is excited for the event as it brings in tens of thousands of golfers to the state to play golf and watch the best players in the world. The tournament is often referred to as “The People’s Open” #thepeoplesopen because of the size of the daily crowds which makes it one of the largest sporting events in the world.

The full WMPO tournament statement made by Jenkins can be found here. 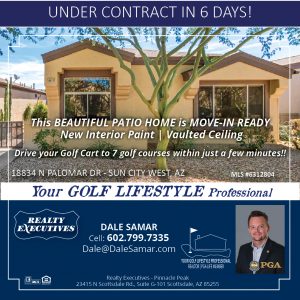